Correcting your character encoding in Milliways

To fix this in PuTTY, open the window menu (which has some extra entries) and select 'Change settings...': 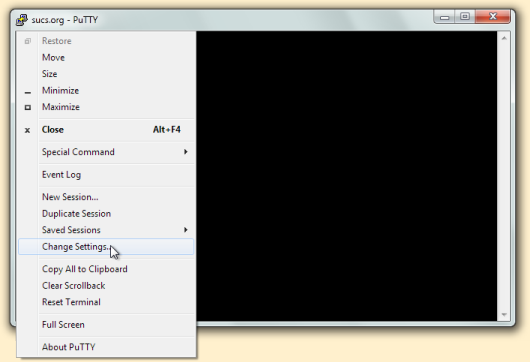 This brings up a dialogue box similar to the one you get when you first run PuTTY (sans options that can only be changed before the connection is made). Select 'Translation' and pick 'UTF-8' from the combo box labelled 'Received data assumed to be in which character set': 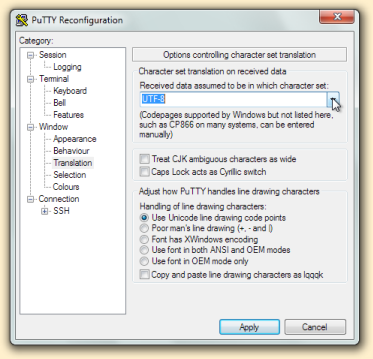 Now click 'Apply', and any more weird characters should be displayed correctly (assuming you have appropriate fonts installed).